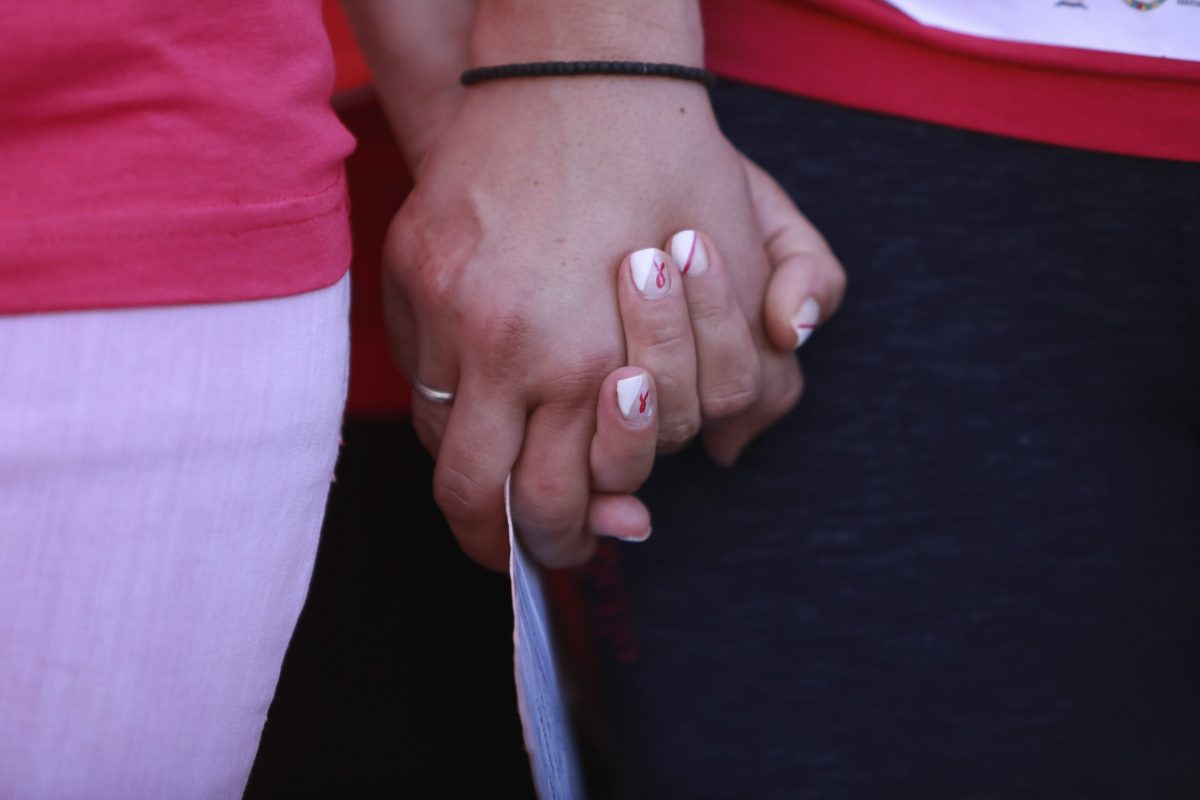 Why participate in Greece Race for the Cure®;

Through the Race for the Cure® we are part of a global initiative to support women who have dealt breast cancer. Information, awareness and support for women who are under treatment, for women –survivors and for the general population are non-negotiable objectives of the Greece Race for the Cure® and the Hellenic Association of Women with Breast Cancer “Alma Zois”.
Our goal is to provide information to every  woman in Greece about early detection methods and about the right steps that have to be taken – depending on the age – in order to be safe, according to international medical guidelines.

The breasts are at the chest wall and developing in women during puberty, when the female hormones are starting to be produced (estrogen, progesterone) from the ovaries. In men, the breasts remain atrophic and rarely swelling (gynecomastia), so the man should be examined. The breast consists of 15-20 lobules, which contain many smaller lobules, which in turn contain glands that produce milk. The drainage is done by small tubes (pores) which flow into the nipple, located in the center of a dark area of skin called the areola.

Among smaller loules and resources there is fat. The breasts also contain lymph vessels and lymph nodes which trap bacteria, cancer cells and other harmful substances, preventing them to reach the circulation.
So breast are instruments used to produce milk and consisting of different tissues (glandular tissue, adipose tissue, muscle tissue), which in turn consist of several cells (glandular cells that produce milk, fat cells that support the breast, muscle cells which help in the secretion of milk).

Breast cancer is being developed from the glandular cells of resources and small lobules. Rarely, however, are developed malignancies and adipose or muscle tissue, called sarcomas. Any swelling of breast is not necessary cancer. Benign tumors are usually smooth, not extended to other organs and the removal involves the non-recurrence them. In contrast, breast cancer grows progressively, invades adjacent organs or tissues (skin, muscle, lymph nodes) and later can metastasize to distant organs (liver, lungs, bones, brain kg.). We emphasize that breast cancer is not contagious.

make an impact against breast cancer

Programs funded by Greece Race for the Cure®

The Hellenic Association of Women with Breast Cancer “Alma Zois” operates the Support Helpline. Breast cancer patients and survivors may call daily at 210 8253253 and speak with a Health Psychologist or a Social Worker. Also, legal advice may be given by councelor on specific days and hours

In “Alma Zois”, a helpline staffed by legal counselor , provides access to legal information concerning the employment rights of women with breast cancer, insurance coverage and state benefits to any patient with breast cancer nationwide.

Hellenic Association of Women with Breast Cancer “Alma Zois”, in cooperation with the National Center for Scientific Research “Demokritos”, conducts a genetic counseling and testing program for women who have already experienced breast cancer, as well as for three more first-degree members of their family.

Each woman has the opportunity to choose the scope of the analysis concerning: The existence of a mutation in the genes BRCA1 and BRCA2 The breast cancer predisposition and ovarian The predisposition for any form of cancer.

The program aims to improve the patients’ functionality and psychological status through personalized information and practical assistance on issues caused by treatment side effects affecting their body image. Patients can visit the Association’s offices, on specific days and have an appointment with the make up artist and / or nutritionist for their personalized service.

Subsidized seminars for health professionals dealing with oncology patients, aiming at their training in Communication Skills.

“Alma Zois” in collaboration with Hellenic Society of Breast Surgeons (HSBS) and Municipality of Athens conducts Young Women’s Breast Cancer Awareness and Clinical Examination Program. Program includes appointment with a HSBS’s specialized breast cancer surgeon, where women get informed about breast cancer prevention and get a clinical breast examination. If deemed necessary by the doctor, women are referred for additional free tests (mammography, ultrasound or cytological exam) in diagnostic centers.

Grant for research in the field of psycho-oncology (specializing in breast cancer) in Greece.

Study of cancer’s psycho – emotional distress and the ways of improving patients’ life quality is a research field of great importance, since a big part of cancer patients experience severe emotional and adaptation difficulties after cancer diagnosis.
Therefore, acknowledging the importance of psycho-oncology research, specializing in breast cancer, “Alma Zois” will fund for the academic year 2018-2019 two (2) doctoral thesis that have already been approved or will be until 31/05/2019 in Greece.
Thesis should pertain to groundbreaking research in the field of psycho-oncology and in particular breast cancer in one of the following thematics: Breast cancer patients’ distress in Greece Metastatic breast cancer patients’ needs and ways of improving their life quality The program is carried out in Higher Education Institutions and research centers in Greece and will last till consummation of the funded thesis.

Informative interventions are provided free of charge to companies or organization interested in the program. Participants: • Breast surgeon or Oncologist – Pathologist or Radiologist Talks about «Early breast cancer detection» • Social worker or Psychologist of Hellenic Association of Women with Breast Cancer “Alma Zois” Talks about «Prevention’s limiting factors» • Woman with breast cancer experience, Association’s trained volunteer. Talks about «Personal breast cancer experience» During the intervention women have the opportunity to discuss about all the issues that concern them with specialists as well as to receive informative brochure about breast cancer prevention.

All Alma Zois' programs are provided for free

Don't hesitate to contacting us!

Grant for funding of clinical equipment at hospitals